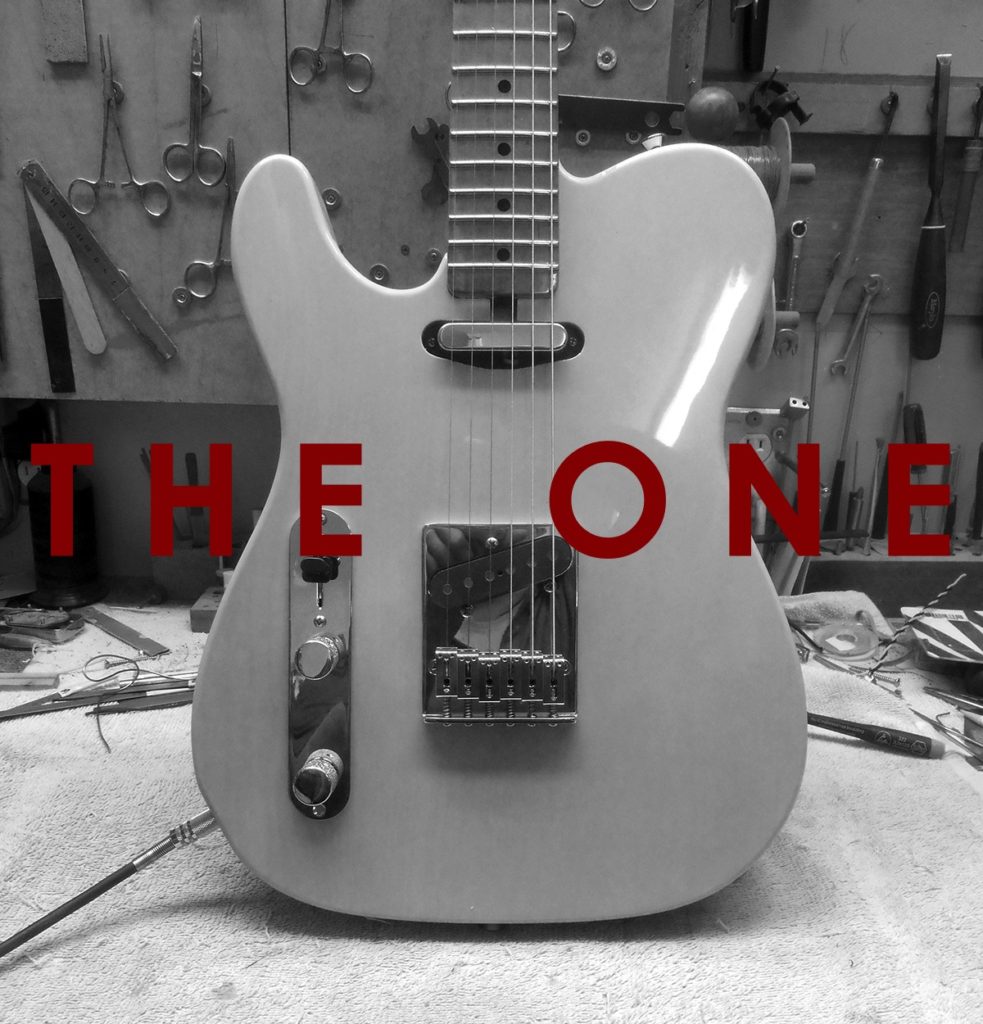 I love guitars. In fact, I spend way too much time on the internet looking for new ones and often find myself buying and selling guitars. It’s a ridiculous hobby that guitarists sometimes call G.A.S. or Gear Acquisition Syndrome. Any YouTube video, television show, or picture on the internet can set it off. Listening to a musician talk about a guitar on a podcast has been a catalyst for me to experience full on tunnel vision in search of “the One”. Guitars, like golf or drugs, can be a very expensive habit. Chasing the dragon is a very real thing.

My guitar collection runs much lighter than some but a little heavier than most. I would say the number fluctuates from four to ten. At any given time, I’m usually selling one or cold sweating some piece of gear that I can’t afford and don’t need. My SO has gotten used to the FedEx notes on the door requesting a signature or texting me during the middle of the day. “There’s a huge box in the foyer. I don’t want to know what it is.” She’s a real trooper when it comes to these things. She knows that even though you’ve got three guitars of the exact same model, well, you’ve got to have one with humbuckers. Because…well, you must have one.

I want to tell you about my “one”. I run guitars through a steady rotation on the rack in the spare bedroom. This instrument has kept its place in the stand for years. Since the first day I received it, there’s just something that has mysteriously drawn me to this guitar. It feels right.

Back in 2015, I became obsessed with getting a Telecaster. The Telecaster might be the most “unsexy” guitar made. In fact, people often describe it as a cutting board with a neck. There have been many variations since it hit the market in 1951 but the basic design is the standard. Leo Fender truly got it right the first time. A slab of wood, a neck, two knobs- one for volume and one for tone, and two pickups. That’s all there is to it.

The irony of my story is that I don’t have a Fender Telecaster. In the heat of my search, I went off the rails and had one custom made. There are a few modern production reasons that I won’t go into and the lack of modern features that I’ve grown accustomed to that I will mention later. I followed a couple of internet forums for a few months and the idea of having a custom “T-style” guitar became more appealing. I assumed that it would be expensive but so would a nice Telecaster from the Fender Custom Shop. In the end, I got exactly what I wanted at a price point and level of quality that I never expected.

First, I had to select a builder. This was an easy decision because of the three or four names constantly mentioned, my builder seemed to be highly regarded and I loved the builds that I had seen. The builder that I chose was Ron Kirn who is based out of Jacksonville, Florida. The “T-style” guitar is his specialty but I’ve learned since that he can build just about anything.

Ron is very easy to reach and has a great sense of humor. During our interaction, we talked through the build that I wanted. This allowed me to tell him exactly what I was looking for. He picked up on everything right away. He explained how he shaped the body, neck, and fingerboard and the reasons behind it. He gave me a primer on the finish, which is nitrocellulose lacquer. The finish is important because modern Tele’s don’t really age the way the original instruments did because they use polyurethane on most production guitars. On the higher end, Custom Shop guitars, Fender uses a version of nitro with plasticizers that don’t really age the way you would expect. At RCS, we love patina and Ron’s finishes age beautifully.

The two modern features that I required were locking tuning machines which allow string changes without all the winding and binding. The second requirement was a modern fretboard radius (9.5”) versus the old school radius of (7.25”). That request was just a personal preference for bending strings. Ron suggested individual string saddles for more precise tuning and string height adjustment as well as a bridge plate without edges. The old school Telecasters you often see had a bridge with a cover, sometimes referred to as an ashtray, that just covered the saddles. I think they called it an ashtray because people usually took them off and used them as ashtrays. Also, they resembled an ashtray.

During the build, Ron kept in touch and told me where we were in the build. He’s a great communicator and full of jokes. The build time was about six weeks from order to shipping. The pricing was relatively inexpensive compared to a Custom Shop instrument and the quality was top notch. Where Ron really differentiates himself is in the setup process. When I took the guitar out of the box, the first thing I noticed beside the nitro gassing off was how low the strings were off the fretboard. I’ve never felt anything like it. It took about a week to get used to and now I expect every guitar I own to feel that way.

Four years later, I would consider this guitar as my “one”. I measure every guitar I buy or own against this one. This causes me to reevaluate a lot of purchases and thin the herd frequently. I’ve gotten the Fever for other things over that time and I have considered selling it to finance some ridiculous and impulsive purchases but I’ve never been able to follow through. For those who play, and I know there are some, I would suggest looking outside of the mainstream and forget about the name on the headstock or perceived resale value. Find the instrument that inspires you when you play it and that makes you think about it when it’s not around. Hopefully, you’ll find your voice like I found mine.

Over the next few months, we’ll do a deeper dive into some iconic guitars and take some time to look at them. Until then, here are a few photos of mine during the build process and what it looks like today. If you’ve got a story about your own, let us know. Send pics. As the people on the forums say, “this thread is useless without pics…” 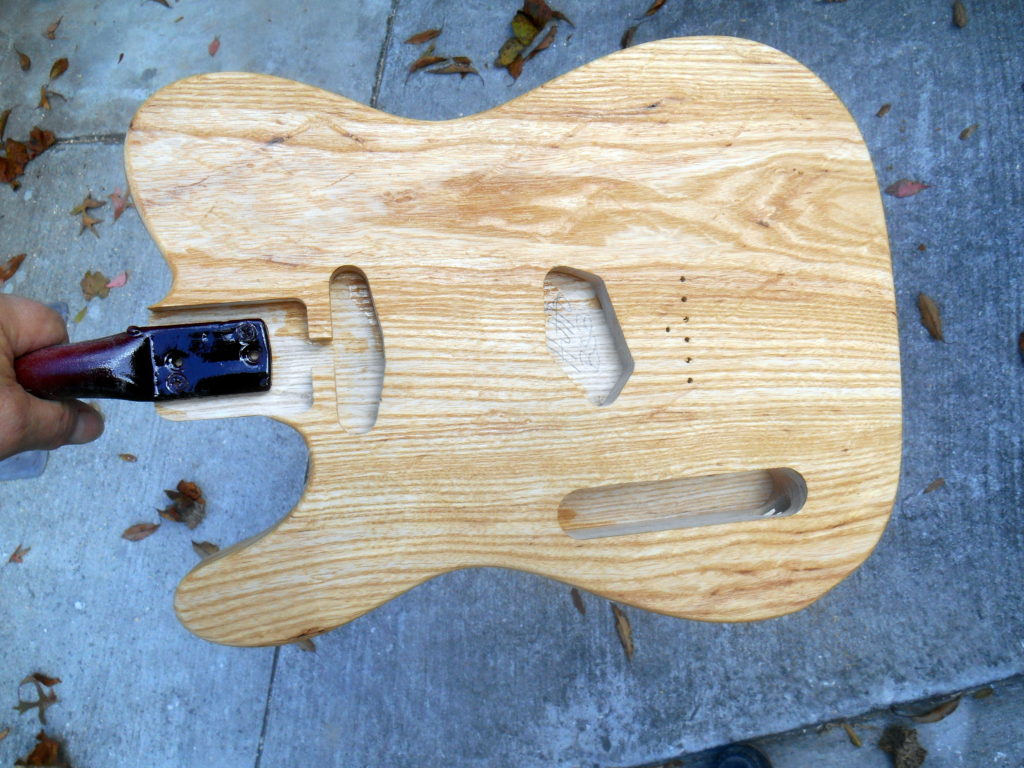 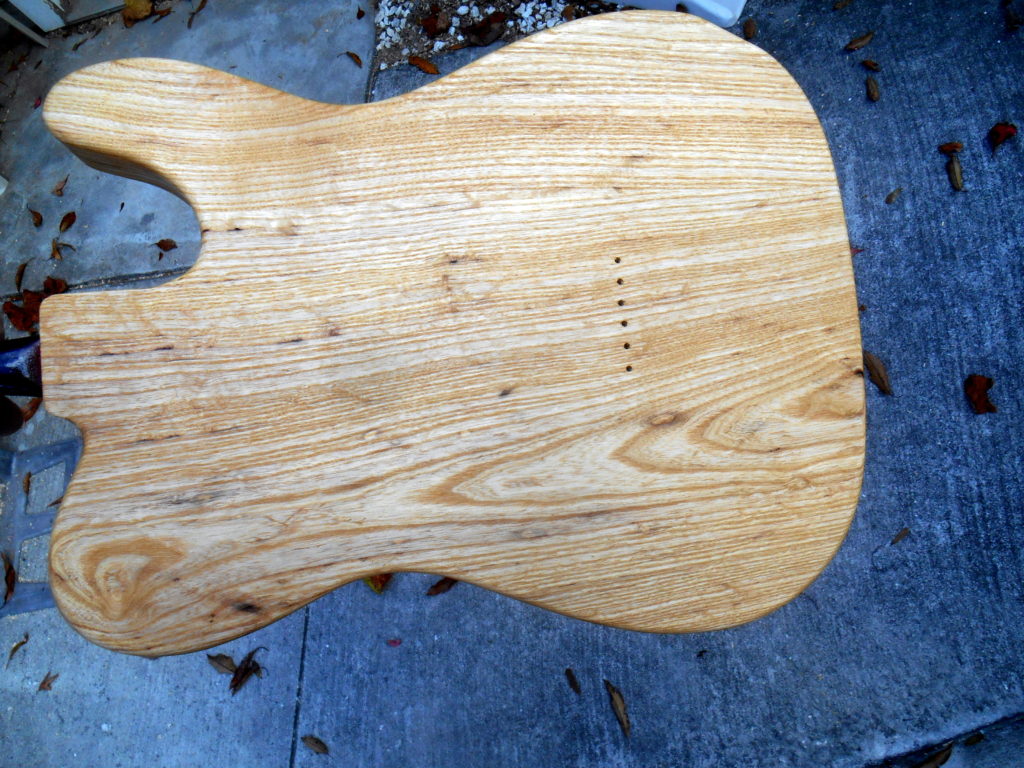 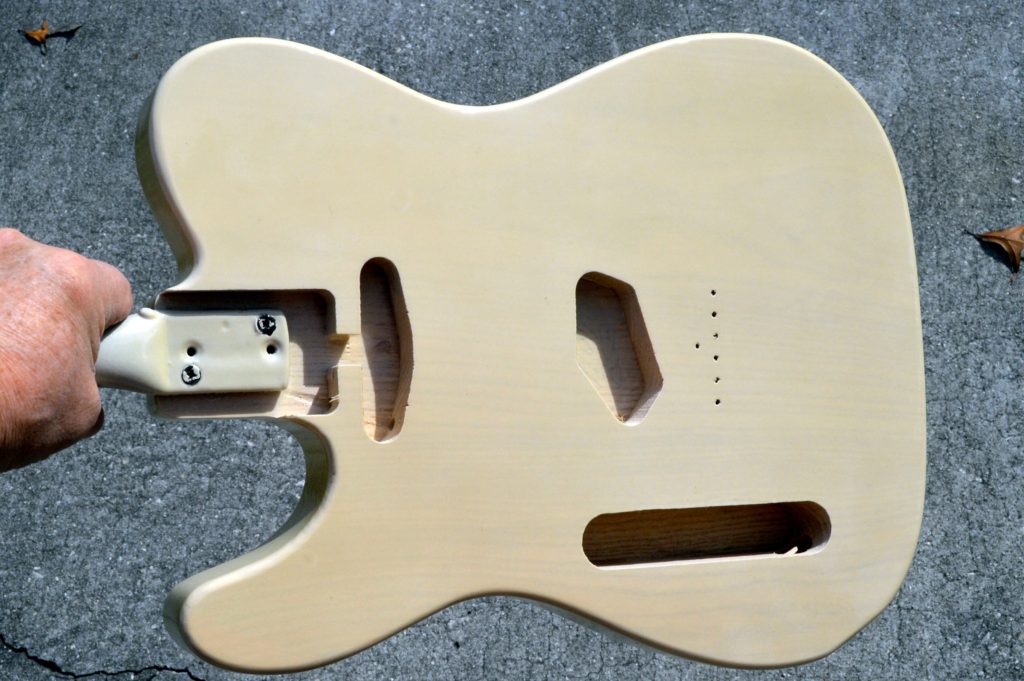 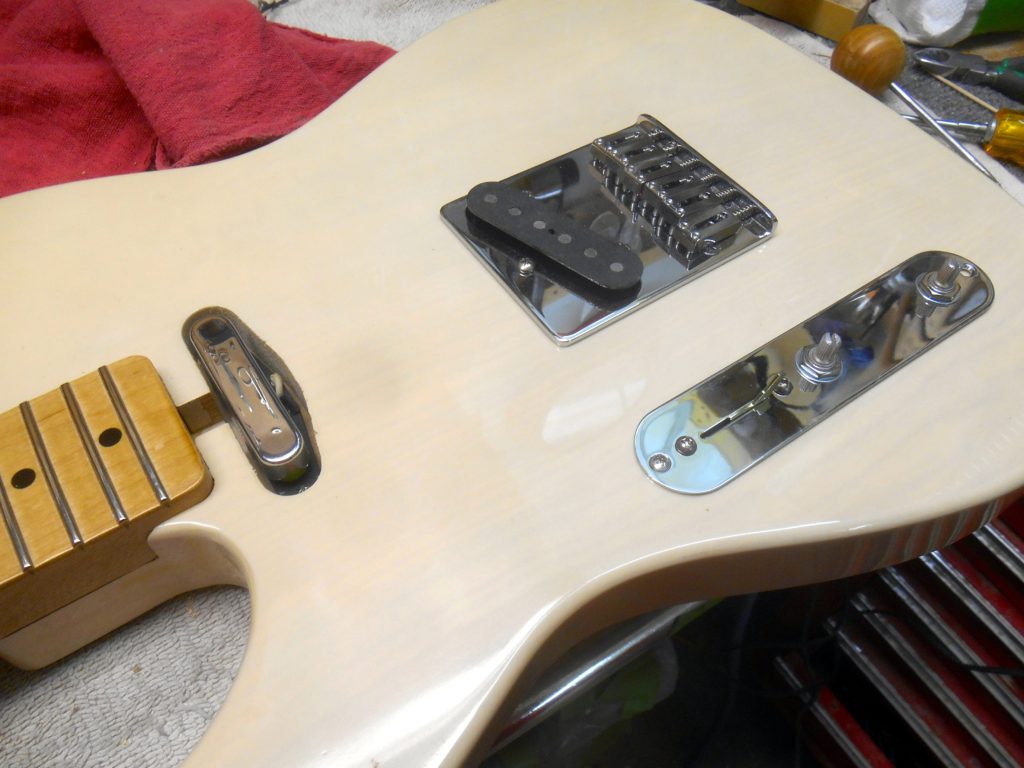 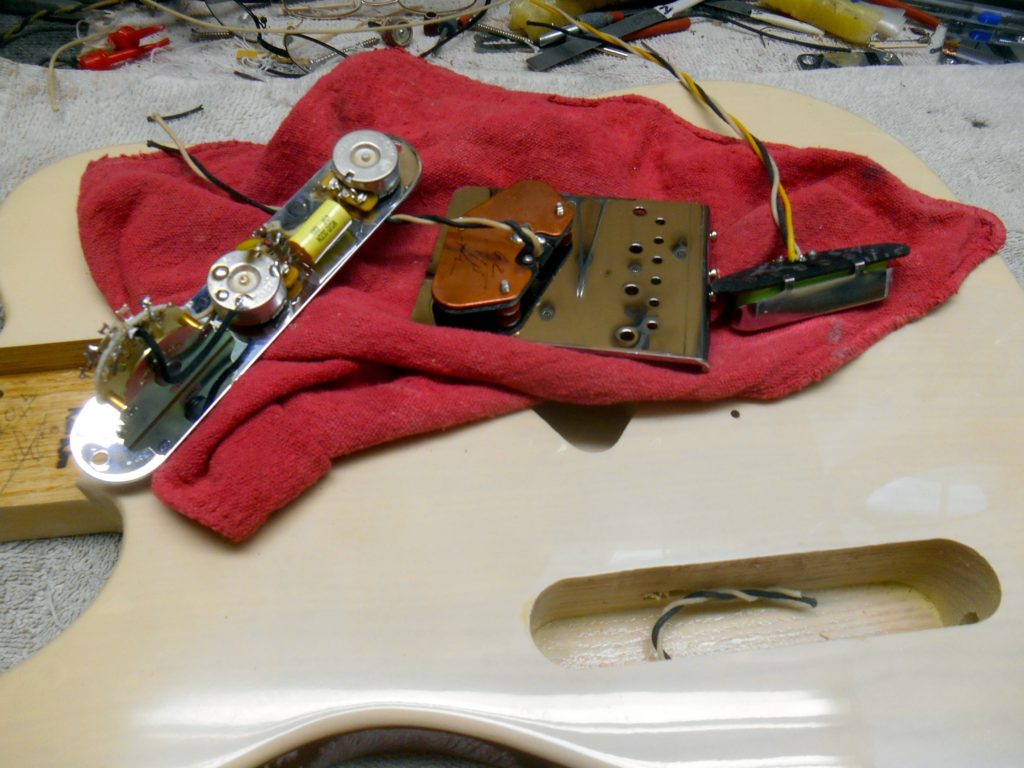 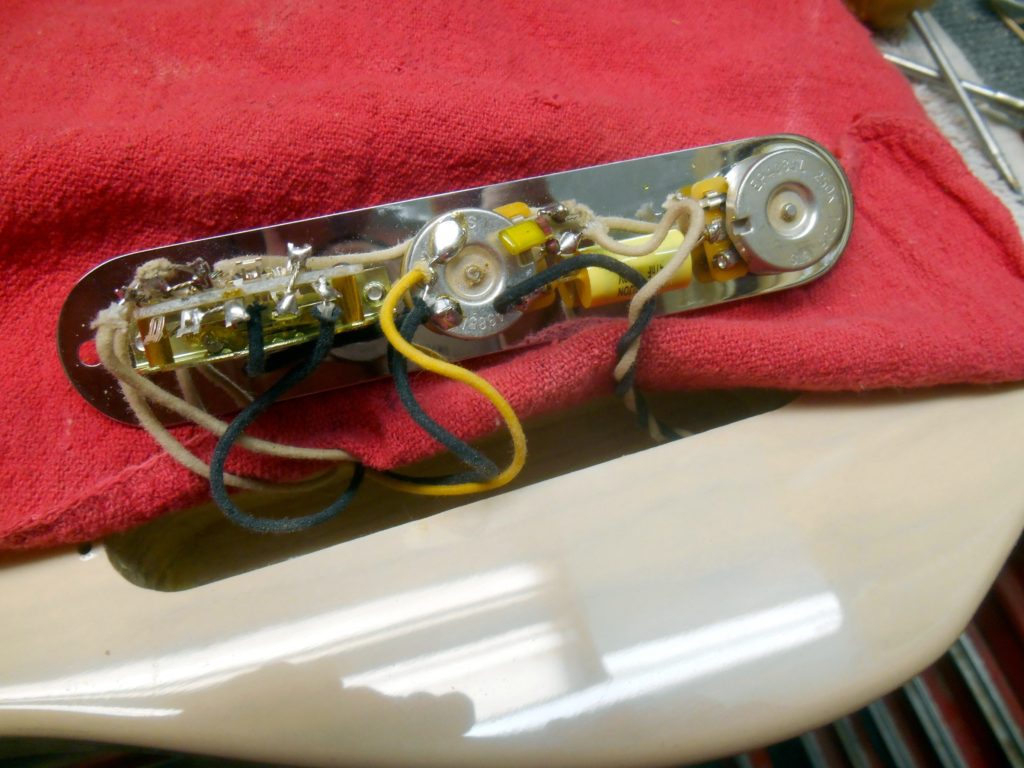 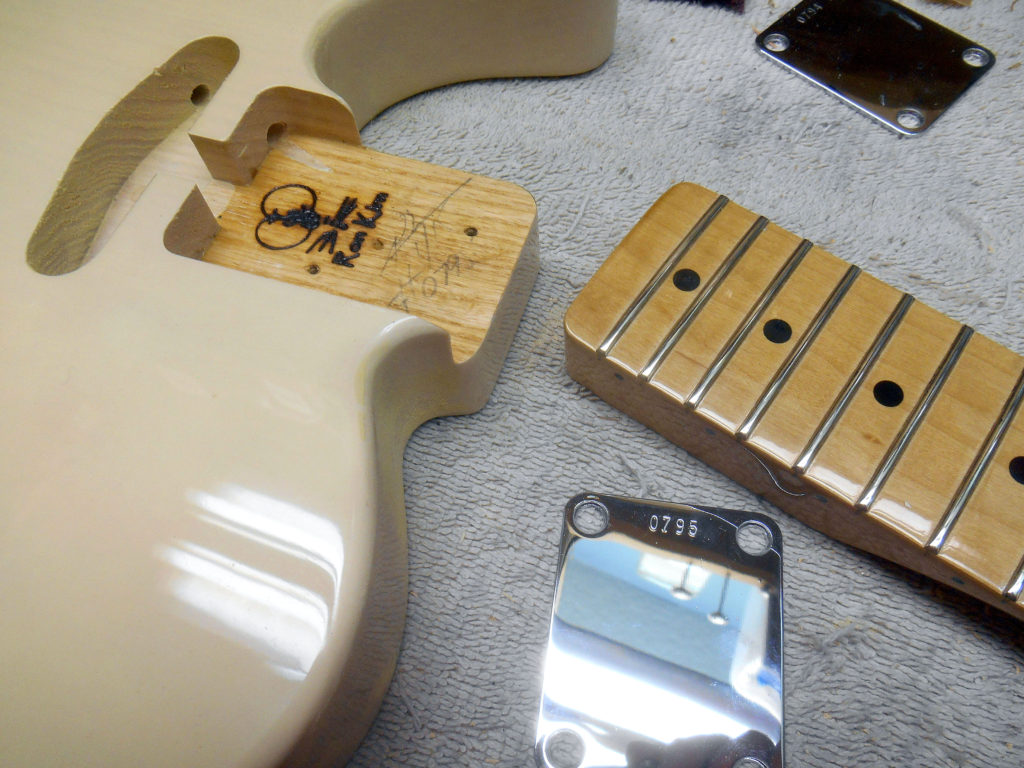 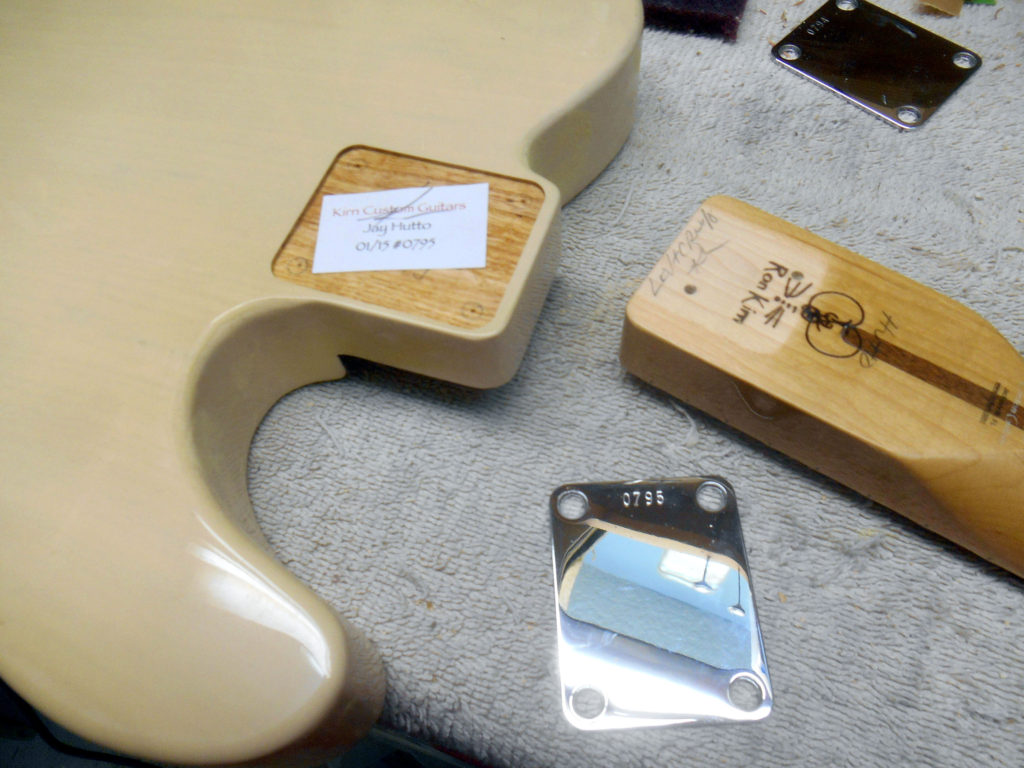 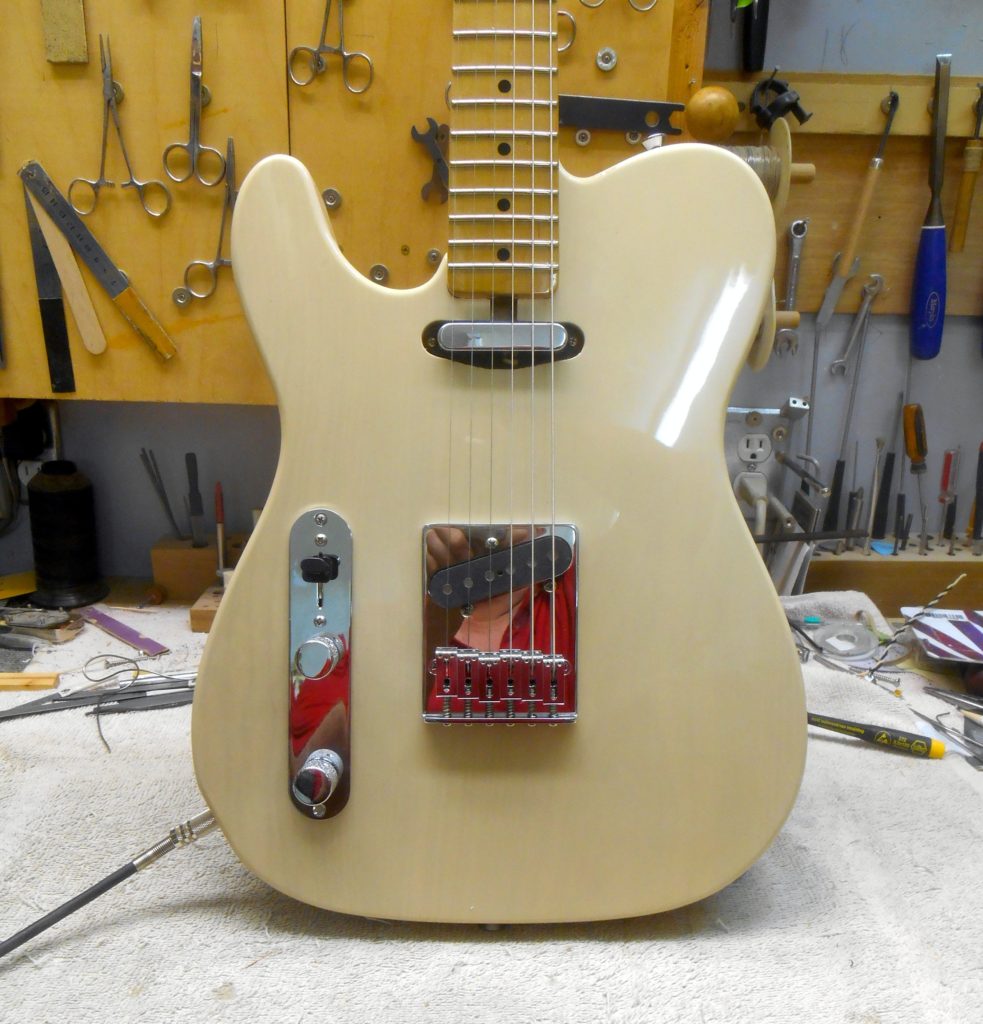 Sent in by our go-to guitar guy Jay Hutto.  This guy is a strummer, and knows what’s up.