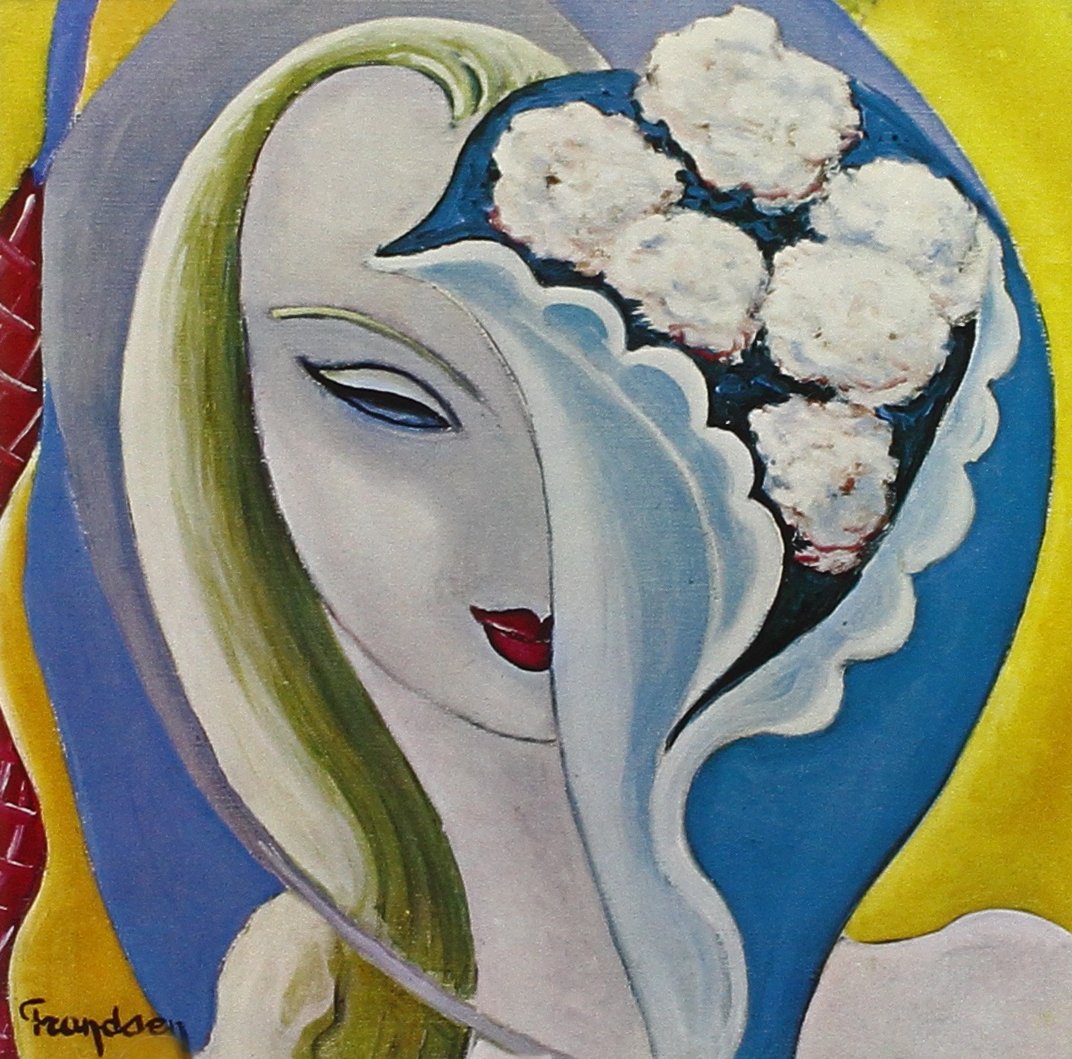 By RCS Contributor Jay Hutto.  Jay is a guitar player, a music guru, and a damn good dude.

Nearly fifty years ago to this day, Derek and the Dominos entered Criteria Studios in Miami, Florida, and began to record one of the most epic and mythical rock n roll records of all time. I have a lot of feelings about “Layla and Other Assorted Love Songs” and if records capture a place and time for you, this is one of those for me. I was still a teenager in 1990 and just beginning to find my way. I had been playing guitar for a couple of years but up until that point, Clapton didn’t really click for me.

My girlfriend was the daughter of a professional guitar player and for Christmas, we bought him the 20th Anniversary Edition of “Layla”. There was a book that came with it and in the middle, there was a gatefold of the album. I was fascinated by those pictures. A bunch of guys seemingly always on the road and having a blast surely doing God knows what. Two pictures stand out in my mind. The first is Duane Allman wearing a silk shirt of some sort with a peacock embroidered into it. Somehow that shirt became one of the first things that I think about when thinking of this album. The other, a picture of a young Clapton, shirtless, smoking a pipe, while wearing a motorcycle helmet. But in those pictures and all the rest of the pictures of people, I felt a sense of longing. Heavy longing.

Here are some things that I didn’t know at the time but make this album even more remarkable in retrospect. Eric Clapton turned 25 years old in March of 1970. As a 25-year-old, he had been in the following bands: the Yardbirds, John Mayall and the Bluesbreakers, Cream, and Blind Faith. Three of those bands made their own classic albums during his tenure. The band that Clapton put together for “Layla” was the backing band on George Harrison’s “All Things Must Pass”. He had toured with George Harrison in Delaney and Bonnie, a husband and wife led group, that originally backed Leon Russell. Clapton had also played the solo for “As My Guitar Gently Weeps” on the Beatle’s “White Album”. That’s a pretty heavy resume for a 25-year-old and some of that history led to what I consider one of the most emotionally charged albums of all time. Derek and Dominos bridged the Sixties and Seventies for Clapton’s music and fits right into the space occupied by the Allman Brothers and The Band.

Now that we’ve set it up, let’s talk about the music. There’s a fire burning in this record. “I Looked Away”, “Bell Bottom Blues”, and “Keep on Growing” kick it off. The quintessential sound of early seventies rock. Duane’s slide work on “I Looked Away” as well as his regular guitar playing is like syrup. Thick and smooth. The cycle of these three songs layout the loss, the sadness, and an attempt to get past the loss of love. Although the band isn’t in love with the married wife of a Beatle, it sure feels like they are.

There are three blues standards that absolutely blister scattered throughout the record. “Nobody Knows You When You’re Down and Out” was a popular blues back in the 20s and 30s and has been recorded many times. In this context, it’s a big fat blues sung about the excesses of a twenty-something British millionaire. All the money in the world won’t get you everything you want. “Have You Ever Loved a Woman” was written by Freddie King, the man that invented Clapton style guitar playing.

“Layla” is the obvious jam for almost anyone when they think of this record. It has to be. It pops up all over popular culture every five or six years, either in a movie or a cover or a different arrangement. It is a movie. While everyone instantly recognizes the opening riff, I would argue that most people are also just as familiar with the piano coda that brings the song to a close. That part of the song was written by Jim Gordon, the drummer. Odd, but just adds to the legend and nuance of all the things that had to come together to make this record what it came to be.

The focal point of the record, for me, is the song, “I Am Yours”. I can be anywhere and the sound of that slide guitar is instant Zen. I’m not sure if the song is based on the book of poems that the album is named for, but it’s the softest and poetic song on the album. An overlooked gem that you should definitely check out.

This is a great album to rediscover as we head into the 2020s and think about what’s to come. It kind of feels like something is in the air and this is the kind of record that should be listened to from beginning to end. If you’re a jam band person, they’ve got it. If you’re a singer-songwriter, it’s here. Like the Dead, you can find some of that blended all through this epic. If you’re just finding this, I hope you love it as I do.