What a shame.  The famed Eisenhower Tree on Augusta National’s 17th fairway was removed this weekend due to damage from the ice storms.  “The loss of the Eisen­hower Tree is difficult news to accept,” Augusta National and Masters Chairman Billy Payne said in a prepared statement. “We obtained opinions from the best arborists available and, unfortunately, were advised that no recovery was possible.”  The tree was an iconic symbol of Augusta National, not only because it made 17 nearly impossible to drive, but also because it showed the power of Augusta National’s leadership. 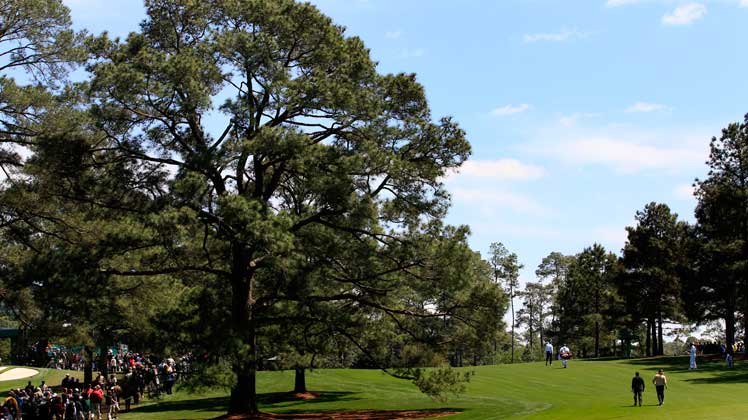 The 125 year old loblolly pine sat 210 yards down the left side of the 17th fairway.  Players had to choose to try and fly the tree off the tee, or to play a serious right-to-left draw to avoid hitting the 65-foot high obstacle.  Eisenhower, an Augusta member from 1948 until his death in 1969, hated that tree.  So much so that he lobbied to have the tree removed in 1956, the last year of his first term as President of the United States.  At that year’s Augusta National governor’s meeting, Eisenhower proposed to have the tree removed.  Clifford Roberts, Augusta National’s Chairman and co-founder, overruled the sitting president, and the tree stayed. 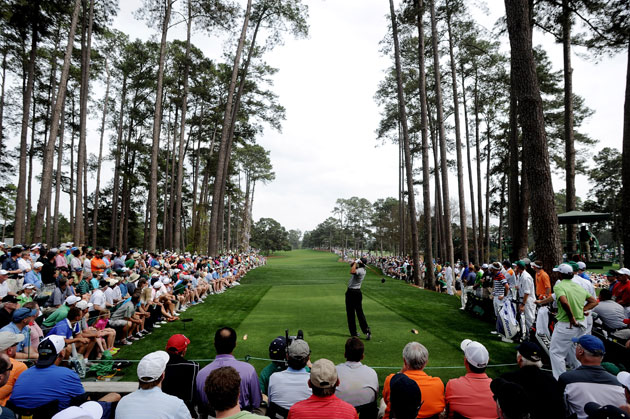 Word is that they are working to figure out what to do in place of the tree.  They should call the folks down at Auburn..they seem to have some history with this.  While it is a shame to miss the tree, this is part of evolution.  The Eisenhower tree, as well as other natural landmarks at Augusta National, will change over time.  You can’t control Mother Nature.  From our seat, it will change play at Augusta National and the Masters this year, but not for the worse – all players will have the same view off the tee box, so watch ’em grip it and rip it.