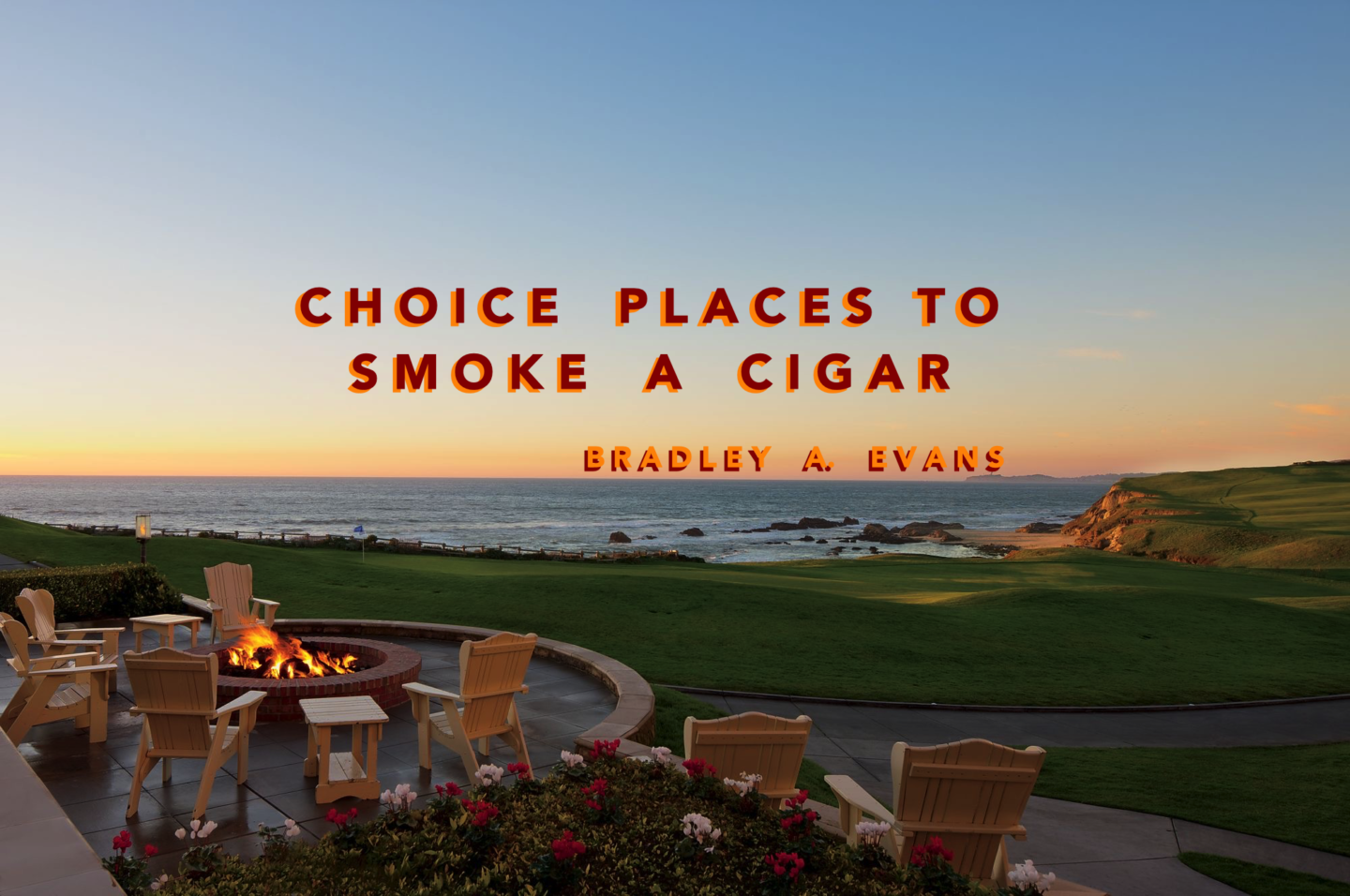 The first thing I did when I turned 18 was buy a cigar. I enthusiastically presented my identification, bought a stick, came home to my parents’ house, and to the shock of my Mother, I casually lit it on the back porch. Her eyes were as big as silver dollars; horrified to see her boy puffing away with all the confidence of a Gilded Age robber baron. Luckily, my old man was cool with it. He was (and still is) a former cigarette smoker who will enjoy the smell of burning tobacco until the good Lord takes him.

I eventually matriculated to the University of Georgia where my love affair with cigars intensified. I frequented a downtown tobacco shop off Washington Street where I’d buy bundles of 50 at a time. Mind you…these weren’t Cohiba’s – more like Carolina tongue burners straight from the dirt floor of a tobacco barn, but they paired well with gut rot bourbon. I kept a stocked humidor at my bar and I treated wherever I was living in college as a tavern. And man you should’ve seen my bar – it was a beaut! Custom copper top, vintage University of Georgia seal, and crafted with lumber from my buddies farm in Shakerag. Fulton County stole his family’s land through eminent domain, so his Grandfather built a sawmill, sawed down every damn tree on their 500 acres, and used the lumber to build houses on the land they bought in Jackson County. My bar and his Grandfather were both bulletproof. 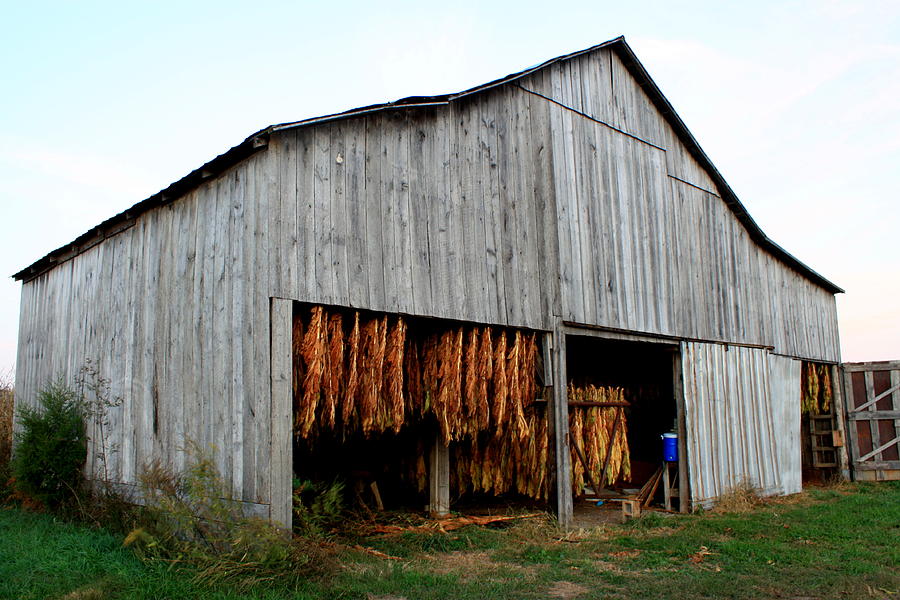 On game days I’d smoke at least two or three before kickoff; God only knows how many after. And back then you could walk around campus with a lit cigar and no one cared. Snowflakes hadn’t arrived yet and no one was worried about their health. In fact, I’d pass them out like a father celebrating the arrival of his newborn.

I lived downtown my senior year and smoked in my apartment; much to the chagrin of my Kappa Delta roommate. It wasn’t uncommon to wake up Sunday morning thinking you’d fallen asleep at Boars Head by the smell of it. Why she put up with my bullshit is beyond me. She’s now happily married, teaches mathematics in Forsyth County, and still goes to a few home games every season.

I eventually graduated, moved to Atlanta, and kept smoking. But instead of roaming around North Campus with a cigar in hand, I found myself discovering new places to quietly enjoy a smoke. Here are a few of my favorite hideaways:

1. Oakland Cemetery, Atlanta, GA. I know…it’s a little odd to smoke in the company of dead people (namely Confederate soldiers), but that’s exactly why it works. It’s quiet, no one bothers you, and it’s beautiful. I make sure to visit Bobby Jones’ grave, leave a golf ball, and head to the Confederate Memorial Grounds where I lay up on a bench beneath the shade of an ancient oak. After my smoke, I wander around aimlessly…taking in the enormous amount of Atlanta history. 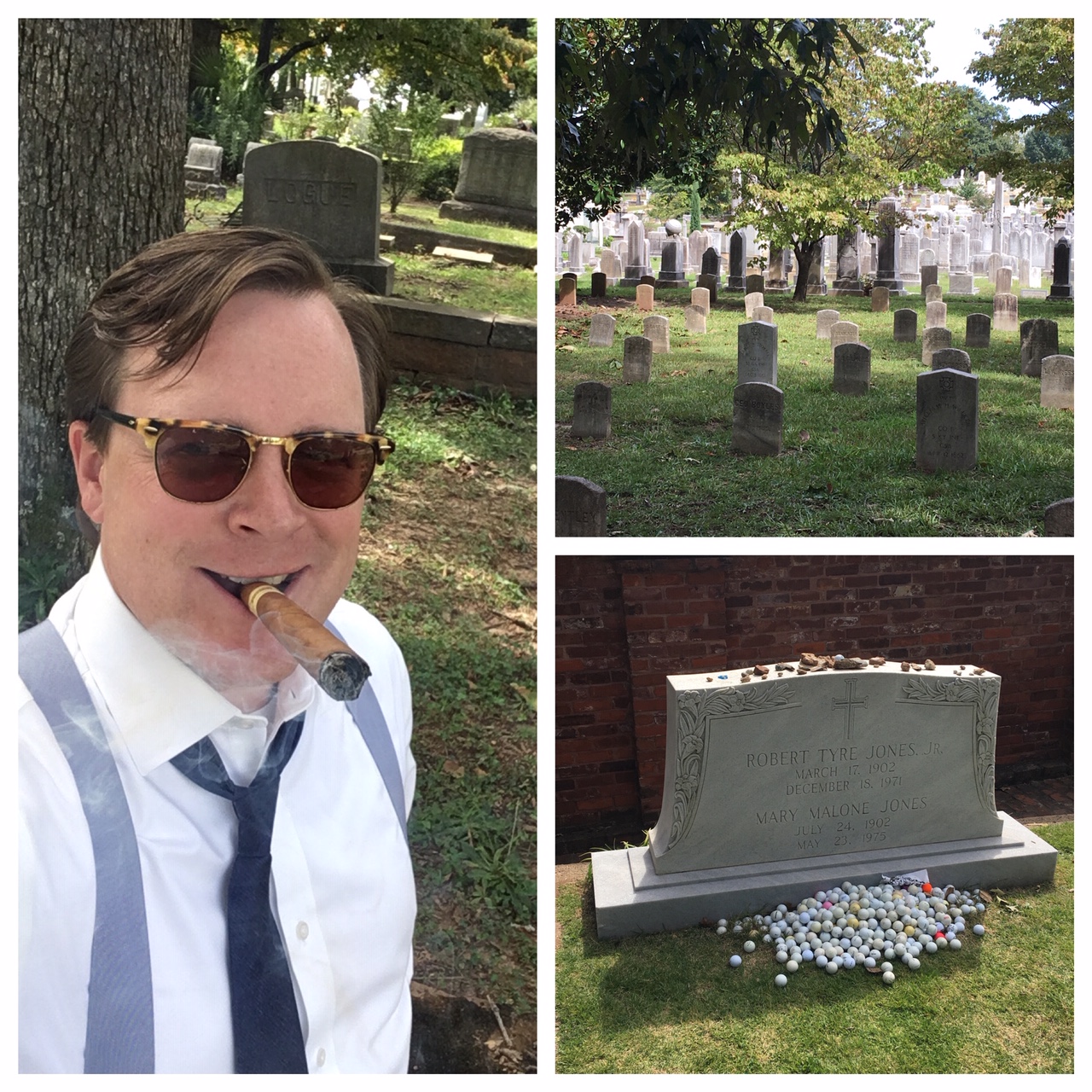 2. Capital City Club (Downtown, Billiards Room), Atlanta, GA. Few things bring me more joy than shooting pool with friends while enjoying a cigar. The last time I lit up at CCC was with a dozen guys who were also smoking. Dad and I had just about left, but I realized I forgot my hat, so I ran inside and hopped back in the elevator. I should’ve known something was awry when I noticed it had six inches of smoke in it and the lobby smelled like a brothel. By the time I got to the top floor, there was an eighteen-inch cloud of smoke billowing out of the billiards room. The damn place looked like it was on fire. I about died laughing. 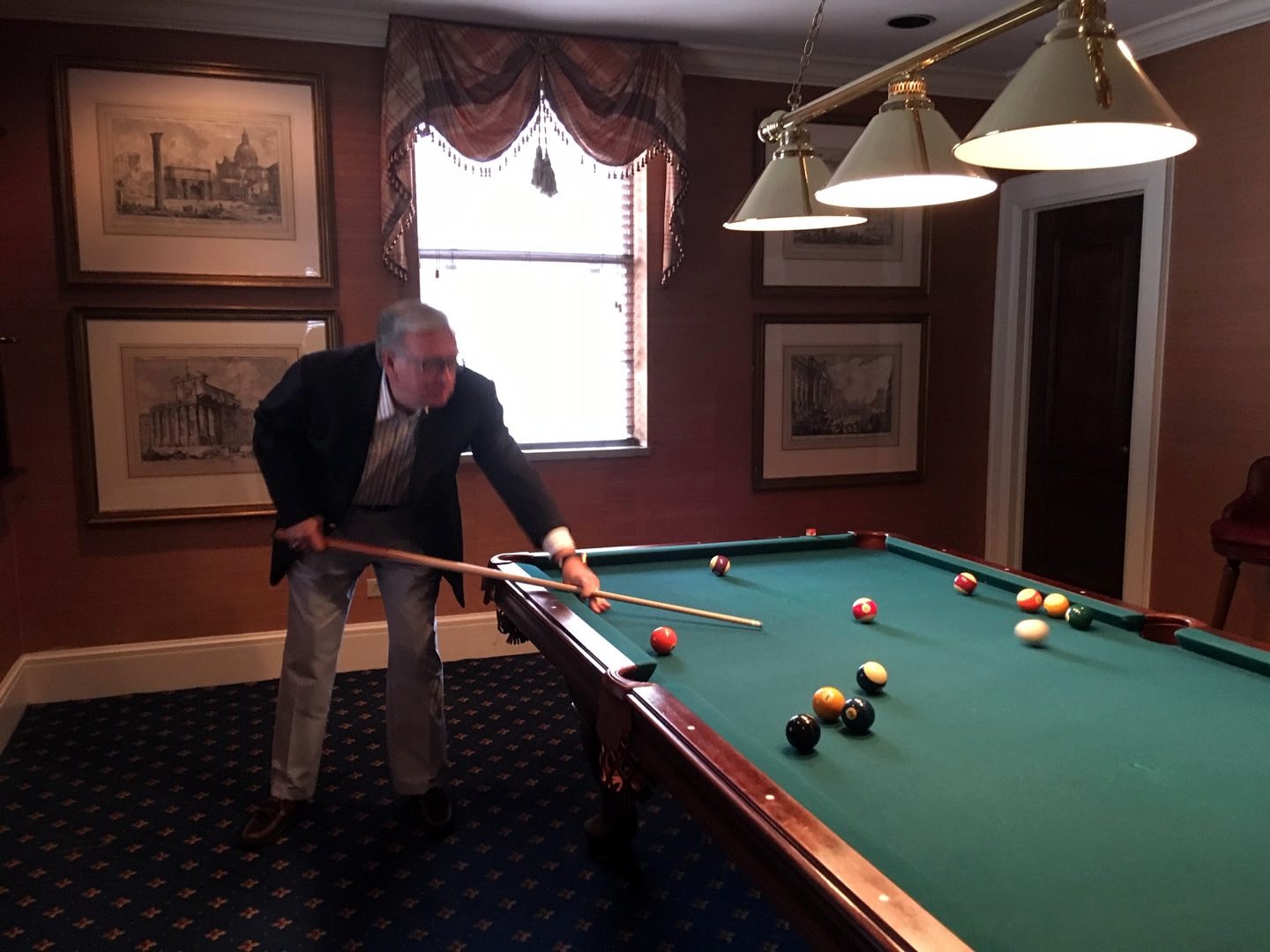 3. Peachtree Golf Club, Atlanta, GA. There isn’t a finer way to end a round of golf than to take a long shower and sit on a rocking chair at Peachtree smoking a cigar. That’s all I have to say about that. 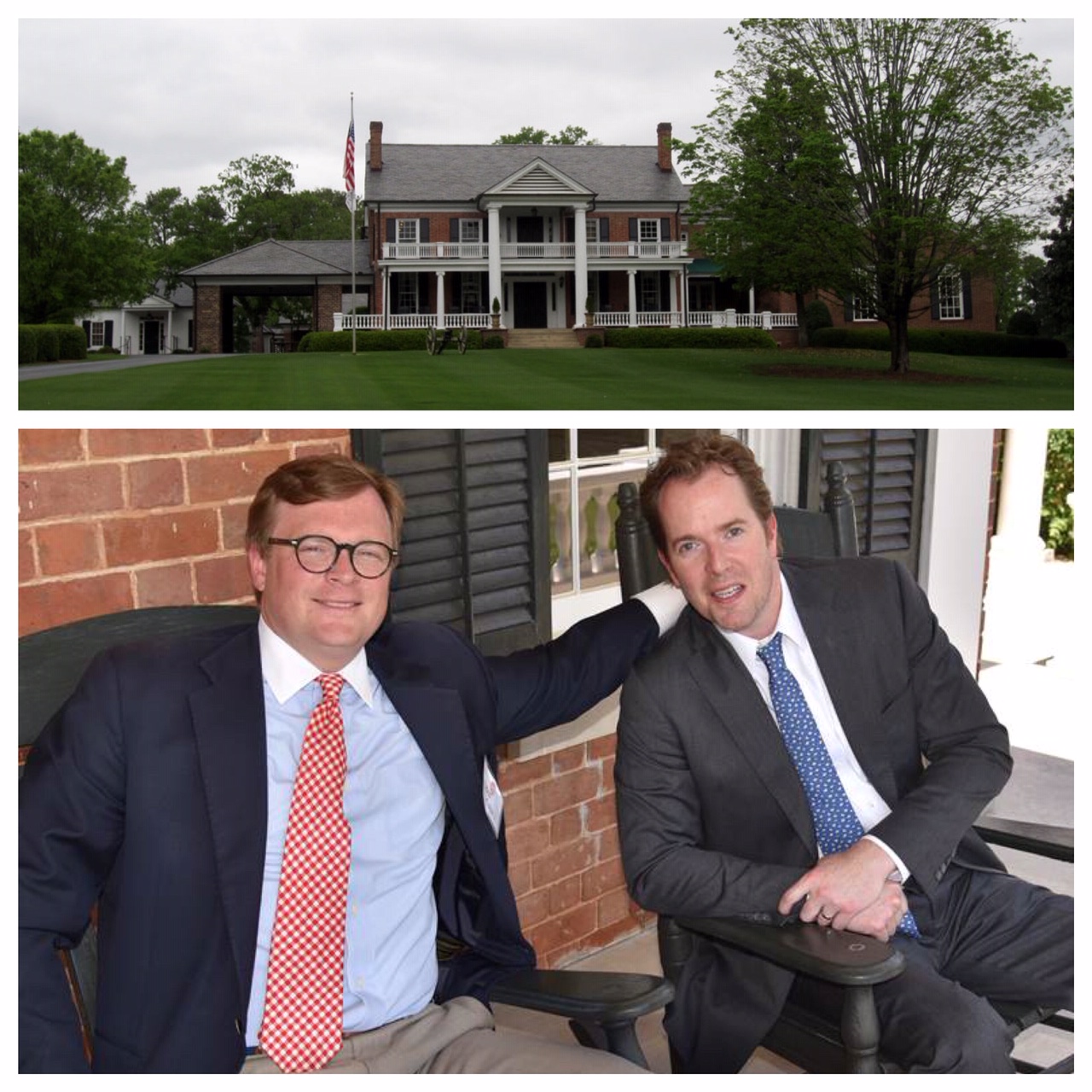 4. Ritz-Carlton, Half Moon Bay, CA. I always swing by Half Moon Bay before I go to San Francisco. I’ll fly into San Jose versus SFO so I can visit the Anderson Collection at Stanford University, get my beatnik vibe on in La Honda, and drive up the coast on Highway 1. The views at the Ritz are breathtaking; from watching golfers lay up on 18 to the jagged coast of the Pacific Ocean…it’s just stunning. This is, without a doubt, the most beautiful place to smoke a cigar in America. Highly, highly, highly recommend visiting – cigar smoker or not. 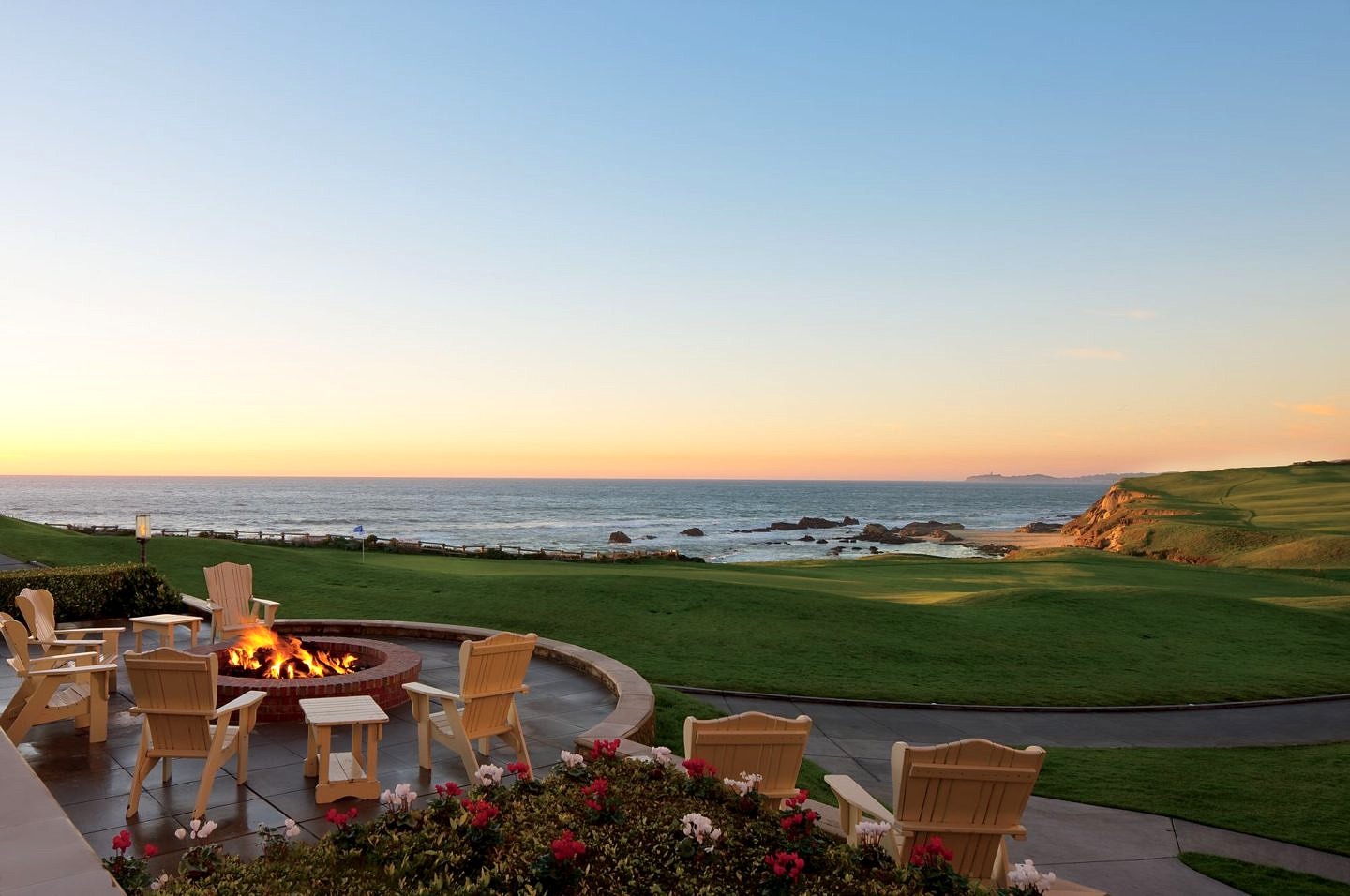 5. University Club, San Francisco, CA. Located in Nob Hill and replete with a library, overnight rooms, and squash courts, the rickety old patio on the top floor of the club faces east to the Financial District – which means million-dollar views of skyscrapers and the Bay. I could sit on that patio every day for the rest of my life and it would never get old. 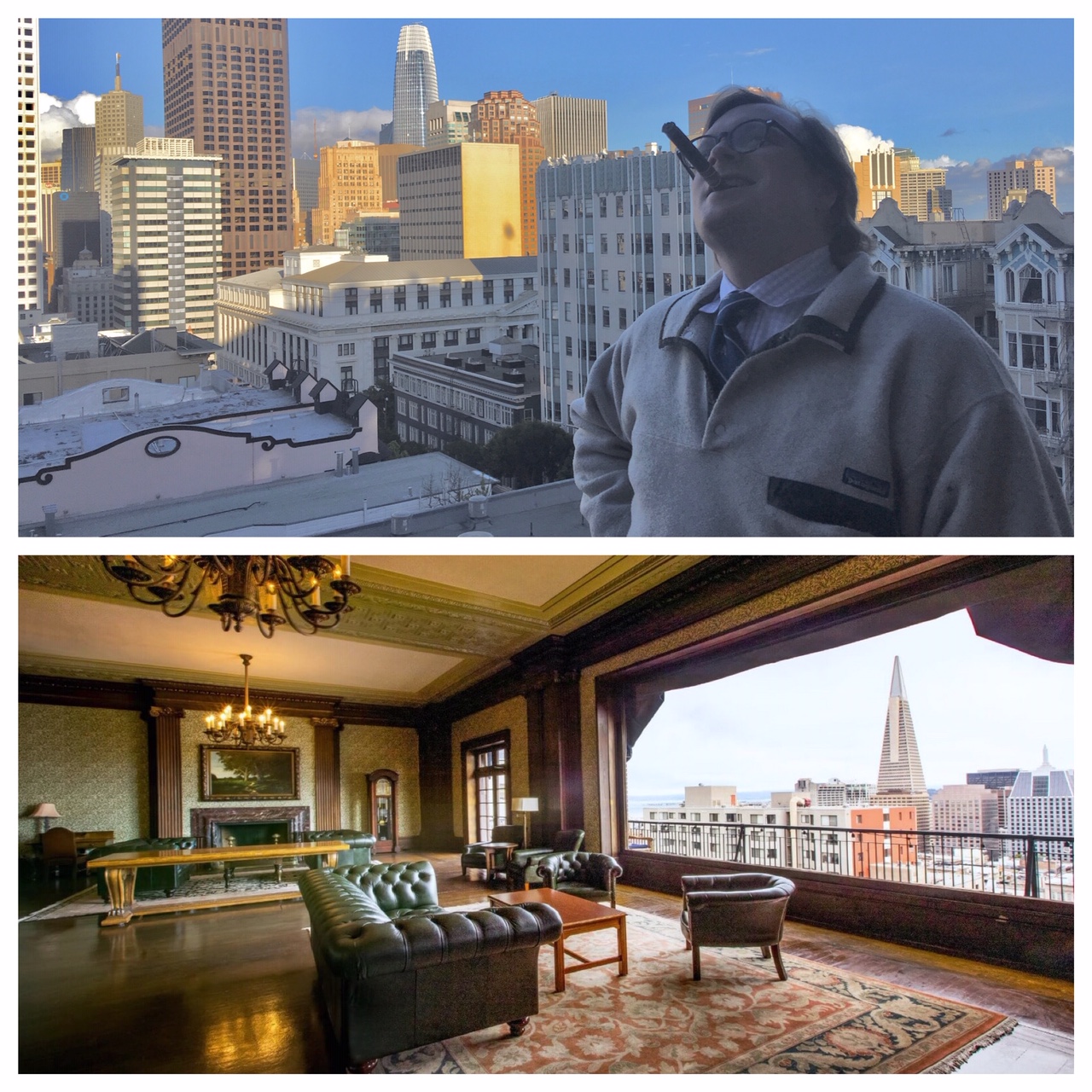 So there you have it. A few places to smoke a cigar on the east and west coast.

Contributor Bradley A. Evans is a good buddy, a UGA grad, and an idea guy. He is the former Director of Kramerica Industries Summer Internship Program and Founder of The Sawtooth Club. We’re lucky to have his thoughts here at RCS…more to come.

Leave a Reply to Bradley A. Evans Cancel reply