One of the best parts about running this blog is finding new and unique brands and ideas.  While perusing the Interwebz, I came across an AWESOME shirt design that had yet to be released.  Given my love for Charleston (I consider it my ‘second city’), it only made sense that I reach out and find out what Flooded Streets is all about. 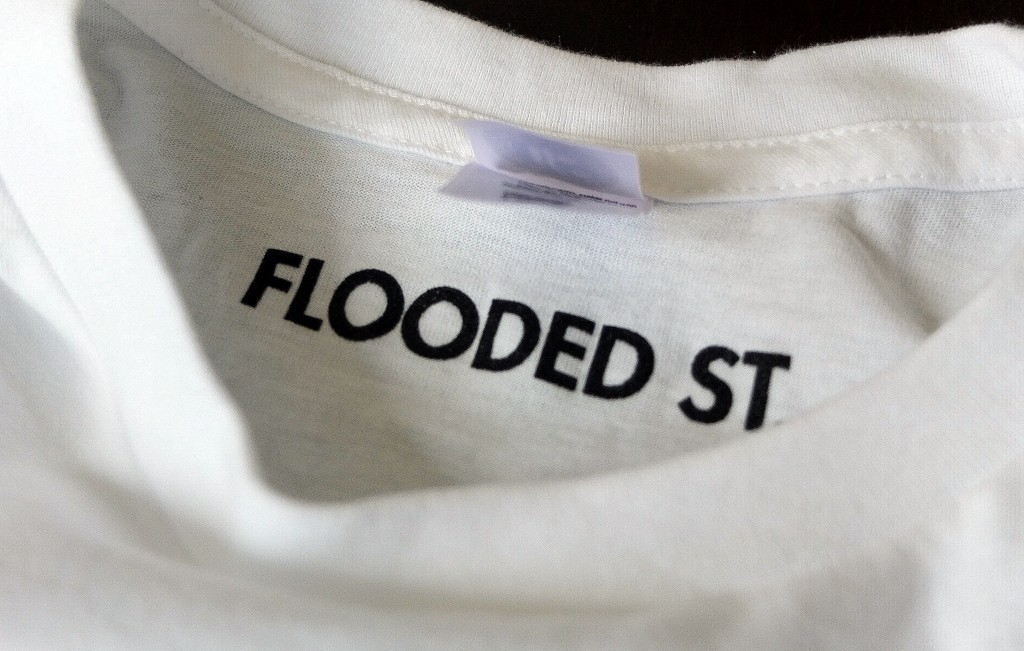 That put me in touch with Andrew, Charleston resident and founder of Flooded Streets.  His concept for the designs is so simple, yet captivates what is (or was) great about Charleston.  These aren’t your regular post-grad fraternity shirts.  Upon first glance, you might not know what it is, but it’s a cool shirt.  That works, but for those that do know, it garners a grin and a nod.  It’s like being in the club.

Andrew was nice enough to do a little sit-down with us to tell us what’s up with his now month-old company:

What inspired you to start Flooded Streets?   I had the idea for Flooded Streets for a few years- actually going back to high school. I moved down to New Orleans after college and worked on tug boats going up and down the Mississippi. Lots of time to think on a tug boat, and it’s during those late hours where the concept really began to take shape.

There are certain parts of Charleston that I love- parts that I know other people love or have loved- and I want to focus on them. For instance, take Woolworth’s Luncheonette that used to be on King Street. It was a staple on that certain block of King and a business that catered to every sort of Charlestonian. The building and business provided lasting memories to the majority of those who walked through its doors. 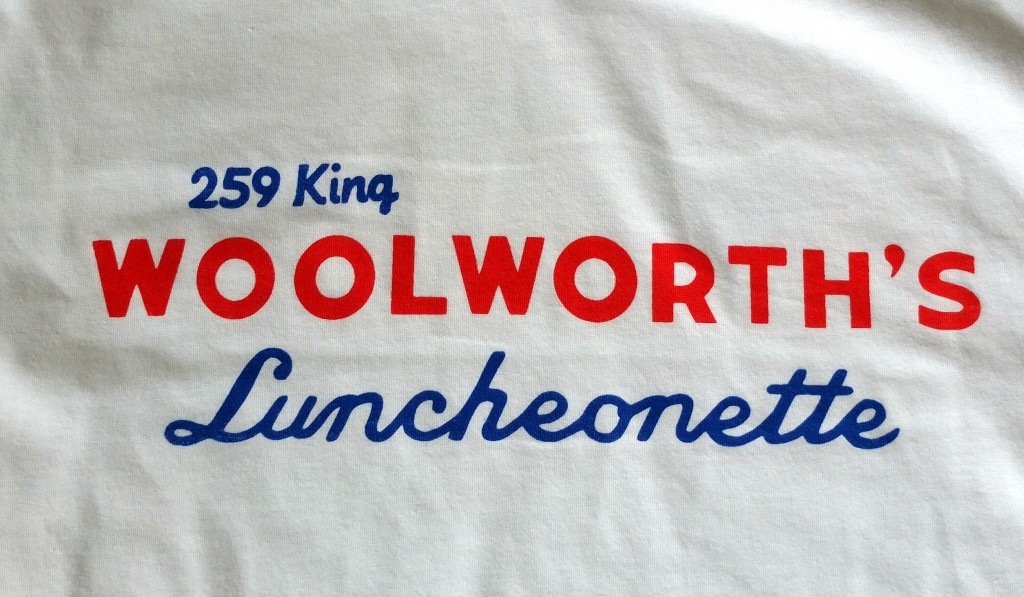 There are those now working on that block, even in that exact building, who are totally unaware of what once stood there, and that’s fine- change is going to happen. But at the same time, Woolworth’s shouldn’t be forgotten, and that’s one of the reasons it was chosen as a premiere design.
How has the first couple weeks of your company been like?   These first couple of weeks have been entertaining to say the least. Going into the production phase, Kelley, our phenom of a graphic designer, and I had finalized all of the graphics, so that was good.
The two weeks leading up to our Saturday launch were quick- the blanks were shipped in from the West Coast and then right away we had to turn and have them locally printed. It was tight.
Once printed, it was the game of pleading and persuasion to get friends to model the goods. Blair, Martha, Bertfly, and Anne Rhett Photography made that site- if it weren’t for them, it would be just words.
…and while all of this running around was going on, Elizabeth was busy in the back-end of the site making sure that all of my particular requests were handled…and she couldn’t have done a better job.
We launched, and I was forced to buy an office printer. My parents’ dining room became the warehouse. It’s been lunch breaks and after-hours shipping shirts out and spreading the Flooded Streets’ gospel.
It’s been a blast. 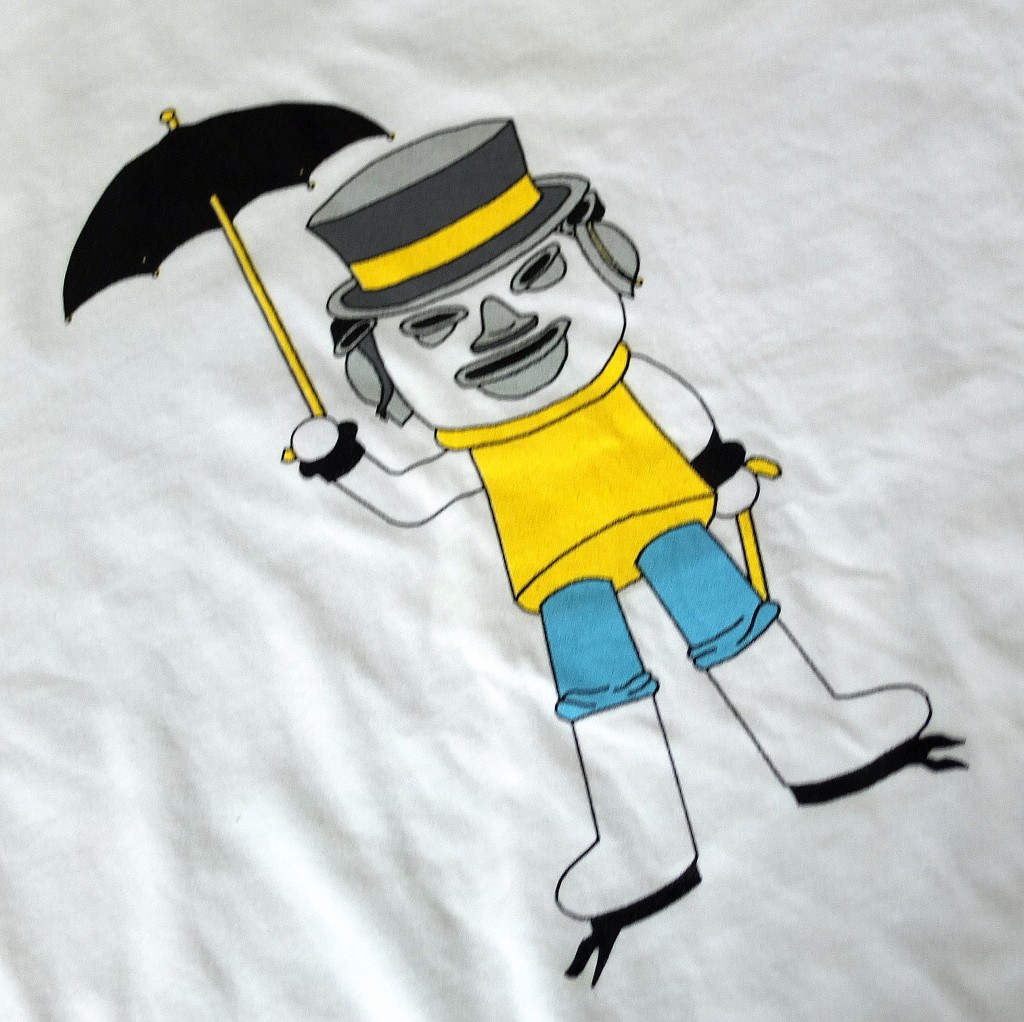 What are your favorite things about Charleston?   The personalities.
What sort of customer wears Flooded Streets?   Our customer is not of one shape, size, or sort. Sure, our shirts are going to appeal more to the Charlestonian demographic, but at the same time there will be those who simply appreciate the design and may not necessarily understand what it means.
In our first week we shipped out to the Big Apple, DC, and even a few out to California. We also offer International shipping…just in case.
We strive to illustrate classic, meaningful aspects of the city, and it’s going to be the customer who feels the same way as we do that is going to get the most out of wearing our shirts. 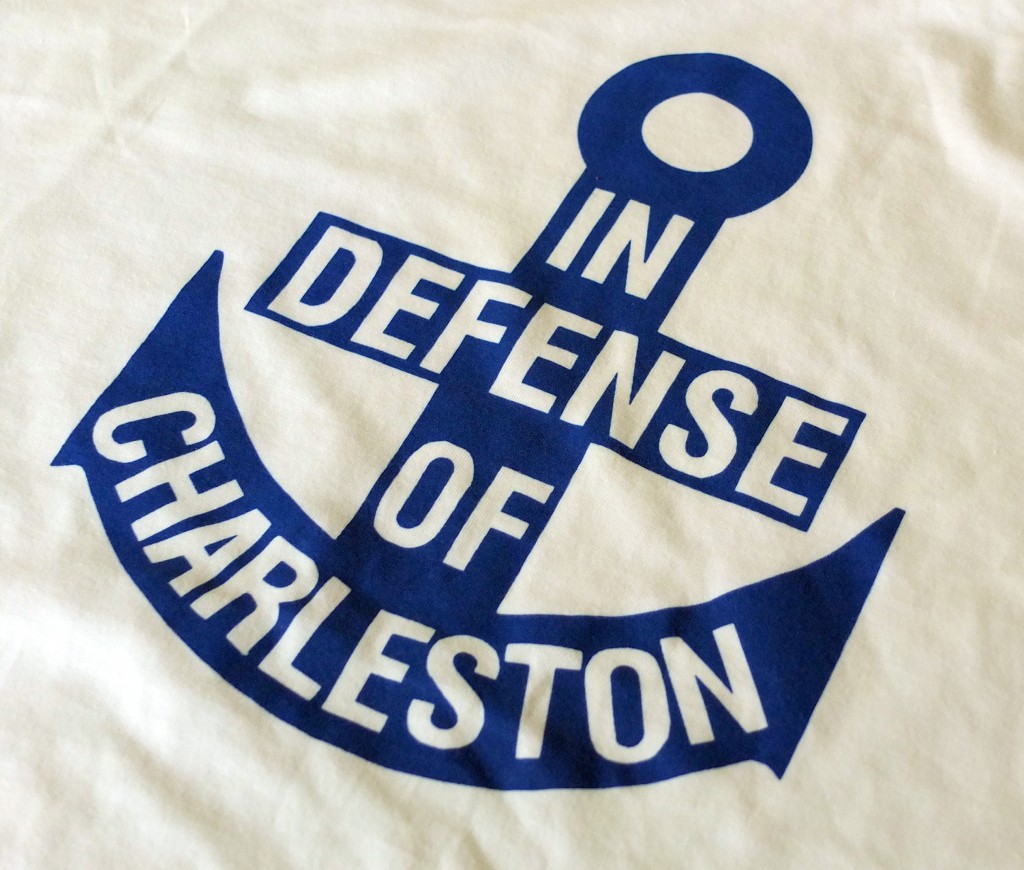 What’s next for Flooded Streets?   From a product standpoint we’re looking ahead to the fall with some new clothing ideas- definitely want to expand past just tees. Kelley and I have also been working through new design graphics, and those are wrapping up. Also thinking about producing a limited run of prints, but that may be a little farther down the line.
Business end aside, it’s really important that we get involved within the community. Collaborate and work with local charities and organizations.
And keep an eye out this fall for one of the fiercest youth basketball teams to have taken the court in years…you may recognize their shirts.
What is playing on your iPod?   Bill Withers Live at Carnegie Hall 1973
Want some shirts?  Andrew shot me three – one of each design in a size Large.  Now, these run a bit slimmer than your typical Haynes Beefy-T, so keep that in mind.  Leave a comment to this post to enter.  For more chances to win:
Get your entries in by Sunday night and midnight and I’ll announce the winner on Monday around lunchtime.  Good luck!
Thanks to the good folks at Flooded Streets for providing the shirts for the giveaway